For more than seventy years, the United States dollar has been the reserve currency for the globe. After World War II until quite recently, more than 70% of all foreign exchange transactions and 40% of all world exports have been denominated in dollars. The U.S. dollar will remain the world’s reserve currency as long as OPEC continues to sell crude oil in dollars. 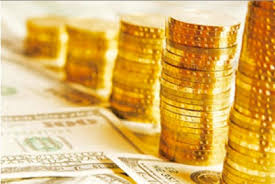 Today, the dollar is worth only a tiny fraction of what it was worth when the currency was backed by gold. The dollar’s loss of value since 1971 can be measured by gold:

Dollar debasement has defrauded U.S. creditors and individual Americans. Yet, the dollar has maintained global supremacy because of its oil backing. The petro-dollar system forces nations to hold enormous dollar reserves in order to buy oil from OPEC. Although most OPEC oil is still transacted in dollars, dozens of oil-producing countries have attempted to replace the dollar with gold and other currencies. Dollar dominance has depended on the U.S. military to defend the status of the “petro” [petroleum] dollar. Fifty years ago, the United States made a bargain with OPEC (Organization of Petroleum-Exporting Countries). OPEC agreed to peg the price of oil to the U.S. dollar. And, in exchange for U.S. protection, the oil cartel agreed to trade its share of the world’s oil supply only in dollars. The landmark agreement gave birth to the “petro-dollar.”

When the bargain was made, the paper dollar was “gold-backed” (100% convertible to gold for U.S.-creditors). The United States was essentially exchanging gold for oil. Under the original contract, OPEC nations could exchange their oil export dollars for U.S. gold at $35 per Troy oz. 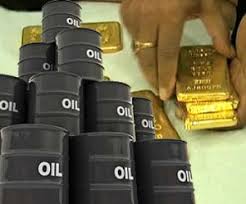 The U.S. broke the oil-price contract with OPEC. President Nixon reneged on the long-standing agreement by refusing to exchange U.S. gold for OPEC oil dollars. The President severed the tie between the dollar and gold on August 15, 1971. (Under-Secretary of the Treasury Paul Volcker was the principal planner in the decision to suspend gold convertibility.)

Prior to the decision to suspend gold convertibility, all U.S. government creditors could exchange U.S. dollars for U.S. gold [from 1792 until 1971]. Leading up to that pivotal year, the Federal Reserve had created massive credit to finance the Vietnam War, Medicare, Medicaid, and multiple Great Society programs. In response to the reckless money-printing, the watching world had rushed in alarm to convert paper dollars to U.S. gold. 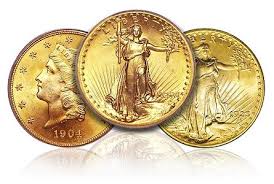 After the dollar was permanently de-linked from gold, members of the OPEC cartel grudgingly continued to trade oil exclusively in dollars. Despite the debasement of the currency since 1971, the dollar has retained its status as the global monetary reserve because –in effect– it is backed by oil. American foreign policy is dedicated to making sure OPEC oil producers keep their original bargain.

In 2000, Saddam Hussein nearly caused a run on the dollar by demanding Euro for Iraqi oil. The decision to reject the dollar and trade the third largest supply of OPEC oil in Euro was not tolerated. 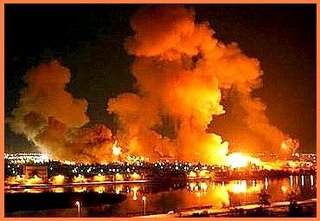 O’Neill was fired for his widely-reported revelations: Eight months before September 11th, 2001 [9-11], President Bush and his Cabinet discussed the invasion and occupation of Iraq. Iraq abandoned the Euro, and resumed trading crude oil in U.S. dollars two months after the 2003 invasion. 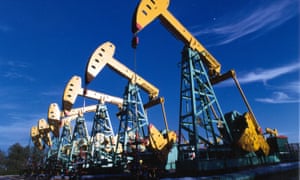 More than twenty African nations produce crude oil; a larger number of countries have proven oil reserves and/or proven natural gas reserves. Libyan oil reserves are the largest in Africa. In 2011, the head of Libya officially rejected both the dollar and the Euro, and demanded gold payment for oil. The rest is history. The decision to require gold for oil was not tolerated [US/NATO invasion March 19, 2011].

Prior to the 2011 invasion, Libya’s Qadhafi had conceived and financed a plan for African economic independence. After years of discussion, the heads of fifty-three countries agreed to unify their sovereign nations with one gold currency. In 2004, the pan-African Parliament laid plans for the African Economic Community and a single gold currency by 2023. Qadhafi was the Chairman of the African Union in 2009. Members chose the Libyan dinar to become the gold currency for the continent and the only possible money to buy African oil.

Energy-exporting countries do not accept the falling value of the dollar. Before the 2011 international invasion of Libya, the following oil/ gas-producing nations (including OPEC member-states Libya, Angola, Nigeria, and Algeria) were planning to replace the petro-dollar with gold currency:

Four billion people in the Eastern Hemisphere believe gold is real money. Members of OPEC measure the dollar’s loss of purchasing power by gold. From 2000 until the middle of 2014, the dollar was down 470% against gold:

“The fall in the value of the dollar is one of the biggest problems facing the world today. The damage caused by this has already affected the global economy, particularly those of the energy-exporting countries…Therefore, I repeat my earlier suggestion, that a combination of the world’s valid currencies should become a basis for oil transactions, or (OPEC) member countries should determine a new currency for oil transactions.”  [Iranian President Ahmadinejad to the OPEC Council of Ministries, June 17, 2008; via John C. K. Daly, OilPrice.com, July 18, 2011]

The petro-dollar is a key to understanding American foreign policy. The U.S. will not tolerate “rogue” nations making non-dollar deals.

On August 19, 2011, Iran’s new Kish Bourse began trading crude oil and gas in gold, Euro, and the dirham [pegged to SDR] in exclusion of the dollar. Iran replaced the dollar in oil trade with India, Turkey, Japan, China, Russia. 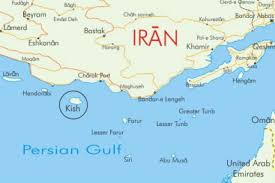 Since July 2013, U.S. law has forbidden selling gold to the citizens or the government of Iran. If Iran’s Kish Bourse continues to trade oil and gas for gold and other currencies, European countries will not have to hold dollars to buy oil. If OPEC were to trade oil in gold or yuan, countries such as India, Korea, China, Russia, Taiwan, Brazil, and Japan could lower dollar reserves and eventually convert out of dollars. If the dollar lost dominance, the U.S would not be able to cover trade deficits with money-printing.

The petro-dollar system is reaching the end of its usefulness. Will the dollar remain the primary basis of global trade? Discussions are underway to replace the petro-dollar with a super-currency [super-sovereign currency]. According to the IMF, the next financial crisis will trigger a MONEY STANDARD SHIFT.

Military “interventions“ by the US-EU-NATO-ALLIANCE are advertised as missions “to manage conflicts“ and “protect civilians.”

Prior to the March 19, 2011 US/ NATO invasion of Libya, Libya’s national currency was backed by gold. Since the bombing, not one national “hard” currency circulates anywhere in (for the first time in all history).

FOR THE RECORD: Hundreds of tons of gold were seized after the invasions of Iraq and Libya. In 2011, Libya alone owned 143.8 tons of gold. There is no official account of the bullion captured from the two countries. Iraqi gold pallet left: