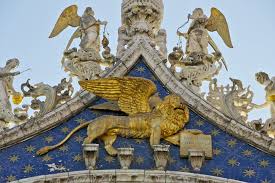 The Golden Age of any society directly corresponds to its use of gold and silver money. Real money produces economic freedom. Maximum productivity is the result. When England and America were on a gold standard, the merchant class expanded and the people flourished.

Now that the United States and Europe have debased
their currencies, most people’s living standards are falling.

“Lenin was certainly right. There is no subtler, no surer means of overturning the existing basis of society than to debauch the currency. The process engages all the hidden forces of economic law on the side of destruction, and does it in a manner which not one man in a million is able to diagnose.” Lord John Maynard Keynes.* 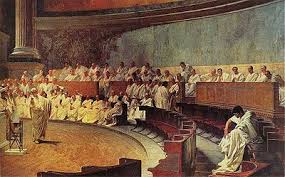 Great civilizations always go into decline when they freely print currency backed by nothing. Why?

The printing press enables politicians to secretly siphon off the wealth of the people with an invisible tax.

The tax is invisible because people rarely make the connection between the central bank’s “printing press” and their falling standards of living. With each passing year, their currency buys less. Thomas Jefferson on the invisible tax:

“Every one, through whose hands a bill passed, lost on that bill what it lost in value during the time it was in his hands. This was a real tax on him… a mode of taxation the most oppressive of all because the most unequal of all.” Thomas Jefferson, Observations- Etats Unis, June 22, 1786, Encyclopedia, vol. IV, p. 165.

From 1792 until 1971, the supply of currency in America was limited by the amount of physical gold and silver the country owned. Paper currency that is backed by gold and/or silver is called “hard money.” A government cannot print gold and silver.

That is how hard money checked the growth of government and why the central planners despised gold-backed money. Most of the money the government spent had to be taken in by direct taxation. Before bureaucrats engaged in foreign wars or doled out money to their cronies and special interests, they first had to raise additional taxes (and tax increases are never popular).

Gold backing was removed from the dollar in 1971. Now that the dollar has no ties to gold or silver, the bureaucrats have a blank check. Direct taxation now covers only a small percentage of the money the United States spends [on and off budget]. Printing-press-money allows them to spend with no set limits.

Most government spending is financed by an exorbitant tax levied on constituents invisibly. This includes the poor, wage earners, manufacturers, investors, business people, savers, and retirees. Most of them just do not know it.

The invisible tax perpetuates the war machine. If military activities had been paid by direct taxation, the public would not have allowed the following:  20+ years of war in Iraq; 10+ years of war in Afghanistan; 700+ military bases in 140 countries; 10+ years in Viet Nam and Southeast Asia; a Libyan invasion; covert operations in Syria, Yemen, Iran, Pakistan, Latin America, South America, Africa; and major wars one out of every four years in the last century.

Our government —in partnership with the Federal Reserve— is hollowing out the nation’s wealth by a tax levied through money debasement. The “Fed” is the agency of the hidden tax. The wealth-transfer is accomplished by the private bank’s mind-boggling money creation mechanism.

When Congress needs more money, the Federal Reserve creates new credit. Creating credit is essentially the same as printing money. The monetary base is inflated in the same way air inflates a balloon. As the dollar supply expands, each dollar people have earned and saved becomes worth less. 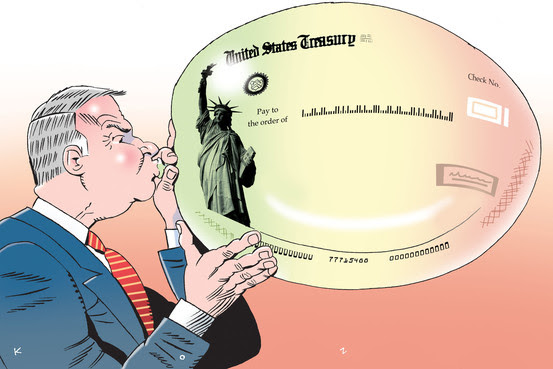 DEFICIT SPENDING IS A SCHEME
FOR THE CONFISCATION OF WEALTH.

The difference between what the dollar could buy last year and what it can buy this year is the invisible tax you paid on every one of your dollars. The more credit created by the Federal Reserve [for wars, bail-outs, federal programs], the poorer we become:

“By a continuing process of inflation, government can confiscate secretly and unobserved an important part of the wealth of its citizens.” John Maynard Keynes *

Not one in a million understands the role the Federal Reserve and our government are playing in transferring the wealth of the American people to a small group at the top:

“The decrease in purchasing power incurred by holders of money due to inflation imparts gains to the issuers of money.” St. Louis Federal Reserve, Review, p. 22, Nov. 1975. 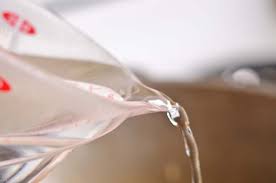 Billions of brand new dollars flood the market
and water down the value of the currency.

At first, prices rise slowly; but each time the money supply is diluted, it takes more dollars to buy the same essentials. Prices do not rise uniformly. Businesses ‘eat’ their higher costs as long as they can; but eventually, most enterprises are forced to raise their prices.

Businesses compensate for higher fixed costs by cutting employee benefits, reducing their work forces, and consolidating. This will be an increasing trend in 2018. Sky-high prices for rent, stocks, groceries, insurance, tuition, utilities, energy, fees, housing, and healthcare indicate the deterioration of the currency is gaining speed. 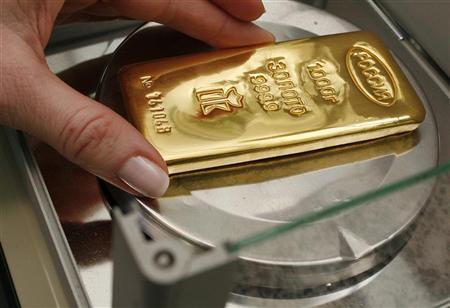 The purchasing power of gold has remained remarkably stable over thousands of years. That is why this “monetary metal” is called the “golden measuring rod.” The price of gold gauges the dilution of the supply of paper currency. As the dollar is debased, more and more dollars are exchanged for the constant value of 1 Troy oz of gold. Over time, gold measures the erosion of dollar value.

Since 1971, the dollar has fallen more than 3,400% against PHYSICAL gold. That is how much purchasing power the dollar lost! The rising gold price is evidence confidence in the dollar-reserve system is waning:

“Without the confidence factor, many believe a paper money system is liable to collapse eventually.” Federal Reserve Bank of Philadelphia, “Gold,” p. 10.

The U.S. economy will hold together as long as nations are willing to accept dollars as the reserve currency. When the world loses confidence in the dollar’s value as the primary basis of global trade, the international monetary system will “re-set” once again [2018?]. In the meantime, grand theft is underway. The invisible tax is siphoning off the wealth of the nation and stealing your purchasing power.

THE FUNDAMENTAL TRANSFORMATION OF THE UNITED STATES: http://www.washingtongoldexchange.com/2018/fundamental-transformation-of-the-united-states-12719/

In 1966, Alan Greenspan was right: “Deficit spending is simply a scheme for the confiscation of wealth:”

“An almost hysterical antagonism toward the gold standard is one issue which unites statists of all persuasions.  They seem to sense – perhaps more clearly and subtly than many consistent defenders of laissez-faire – that gold and economic freedom are inseparable, that the gold standard is an instrument of laissez-faire and that each implies and requires the other.  This is the shabby secret of the welfare statists’ tirades against gold.  Deficit spending is simply a scheme for the confiscation of wealth.  Gold stands in the way of this insidious process. It stands as a protector of property rights.  If one grasps this, one has no difficulty in understanding the statists’ antagonism toward the gold standard.”  Alan Greenspan, “Gold and Economic Freedom,” published in 1966, “The Objectivist.”