Nature is rationally intelligible because the universe is a rational system. Every aspect of nature is regulated by the immutable laws of the cosmos (CÓSMOS means “order”). It is possible to do science because predictable Laws of Nature can be pre-supposed with mathematical precision.* For example, ASTRO·NÓMY is the law of the stars (NÓMOS means “law”). From remotest times, scientists have called the logical discipline of laws on the physical world the “LÓGOS.”

To ancient philosophers, LÓGOS (THE WORD) was the governing principle of the cosmos. In Scripture, the term LÓGOS does not describe a rational force of nature or an abstract idea. THE WORD is a Person, with a mind and a will. Every thing that came to be, came to be through the Word of God (Lógos).

According to the Bible, time, space, mass and energy (matter) had a beginning. The Word of God was the personal agent of creation.

In Hebrew Scripture, THE WORD OF YHWH** is the personal name of the Law-Giver.

Scientists have learned the longest word that has ever been discovered. The human genome is 3.1 billion letters of genetic information, with a four-letter alphabet, in exact sequences, encoded in precise locations. DNA/ RNA code is written in a language that uses three-letter words. A single letter out of place in the sequence can degrade the genome (errors in the codons can damage, delete, scramble, duplicate, or relocate existing information). The order and density of information in the instructions for human DNA are mind-boggling.
Every letter is in the right order, like a computer program. 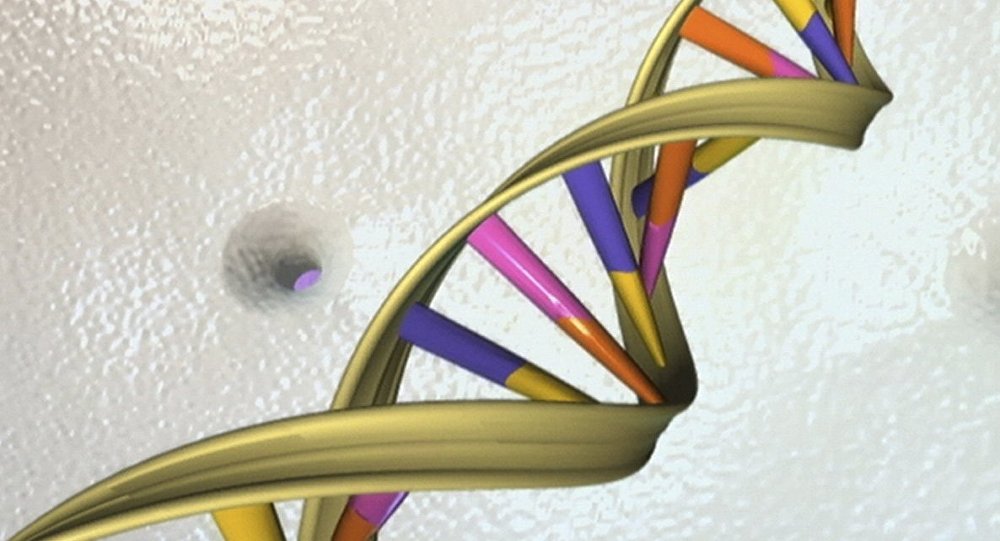 Information is not part of matter.

Information in the cells of living organisms is a non-material entity (neither mass nor energy). Our cells are human processing machines. Cellular machines can transmit the information in the structures; but they cannot generate it. You cannot get information from mass and energy. CONCLUSION: The universe is intelligence-based. Chemistry and physics cannot explain the meaning of genetic language. The moment you see letters, you know there is a mind involved. The Sender of the information required for life is worthy of worship.

The pioneers of modern science were Bible scholars.

For more than 1,000 years in Europe, it was illegal for common people to read Scripture in their native tongues. After the sixteenth century, modern vernacular translations were smuggled across Europe. As a result, men became scientists. Why? They believed in the Law-Giver. The scientific discoveries and inventions that followed changed the world.

SCIENCE is systemized knowledge.
The Law-Giver is OMNI·SCIENT. “I now write unto you… that ye may be mindful of the words… spoken before by the holy prophets… Knowing this first, that there shall come in the last days scoffers …willingly ignorant, that by the Word of God the heavens were of old….” [II Peter 3:2-5.] “…all things were created by him, and for him: And he is before all things, and by him all things consist.” [Colossians 1:16, 17.]

Scripture says the omnipotent power of the LORD is evident to all people. According to the Bible, God has revealed the truth of His being to everyone:

“Because that which may be known of God is manifest in them; for God hath shewed it unto them. For the invisible things of him from the creation of the world are clearly seen, being understood by the things that are made, even his eternal power and Godhead….”*** [Romans 1:19, 20.]

The Word was made flesh to accomplish redemption.

The Messiah is the Word of God incarnate. The Father sent his only begotten Son to be the Saviour of the world (Christ is the Greek form of the Hebrew Messiah):

“And the Word was made flesh, and dwelt among us… full of grace and truth… No man hath seen God at any time, the only begotten Son, which is in the bosom of the Father, he hath declared Him.” [John 1:14, 18.]

The human nature of the Lord Jesus Christ is the tabernacle of the LORD (the image of the invisible God):

“For in him dwelleth all the fullness of the Godhead bodily.” [Colossians 2:9.]“Who being the brightness of his glory, and the express image of his person, and upholding all things by the word of his power, when he had by himself purged our sins, sat down on the right hand of the Majesty on high….” [Hebrews 1:3.]

After the Lord Jesus (Messiah) conquered death and ascended to heaven, he sat down at the right hand of the Father (LORD) as our Great High Priest. David’s Messianic Psalm (c. 1,050 B.C.) is the prophetic record of the conversation between God the Father (LORD/ YHVH) and God the Son (Lord/ Adonai):

* The phrase “The Laws of Nature and of Nature’s God” is in the Declaration of Independence. In 1776, the foundation of the government of the Republic of the United States of America was laid on the principle of un-alienable, natural rights – endowed to each individual by the Creator.

*** The Godhead is a tri-une fellowship: The FATHER, the SPIRIT and the WORD of the LORD can be found throughout both Testaments of the Bible. The Word of the LORD was with the LORD from the beginning.

Quotations from Scripture are from the Masoretic Text/ Textus Receptus (Received Text).

Copyright Notice. All creative works copyright © January 2018 by Denise Rhyne. Unauthorized use and/or duplication of this material without express and written permission from this blog’s author and owner is strictly prohibited. Excerpts and links may be used, provided that full and clear credit is given with appropriate and specific direction to the original content.

“The laws of physics… decree that when one billiard ball (A) sets another billiard ball (B) in motion, the momentum lost by A exactly equals the momentum gained by B. This is a law. That is, this is the pattern to which the movement of the two billiard balls must conform. Provided, of course, that something sets ball A in motion. And here comes the snag. The law won’t set it in motion… however far you traced the story back you would never find Laws of Nature causing anything … in the whole history of the universe the Laws of Nature have never produced a single event. They are the pattern to which every event must conform, provided only that it can be induced to happen. But how do you get it to do that? How do you get a move on? The Laws of Nature can give you no help there… the Laws of Nature explain everything except the source of events. But this is rather a formidable exception… They explain everything except what we should ordinarily call “everything.” The only thing they omit is—the whole universe.”